So what is Nuovo Extra Virgin Olive Oil?

So, what makes Nuovo EVOO (Nuovo Extra Virgin Olive Oil) different from the other types of olive oils that we will normally offer?  There are two primary reasons: taste, and health.  In short Nuovo EVOO has an amazing taste that you just won't find elsewhere and it has the greatest amount of health benefits that olive oil can possibly have. 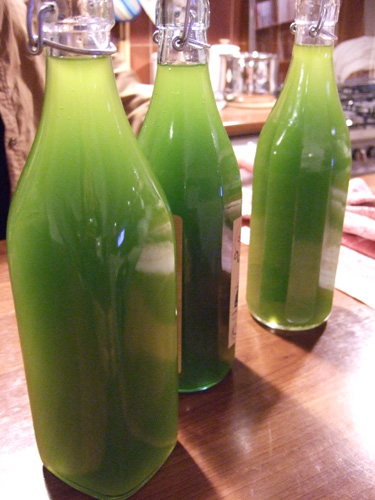 Typically, when we create the olive oil, we take the olives, grind them up and separate the oil from the water and most of the solids using a centrifuge press.  Then, for our standard olive oil, it is placed into a big stainless steel tank for a few months while the remaining little bits of olive and water that are in the oil settle out.  The settled, clarified oil is what is then bottled and brought to you.

With Nuovo EVOO rather than waiting a few months to allow the olive oil to settle out, it is bottled immediately after being pressed without any kind of filtration.  It is THE most flavorful olive oil you can buy, bottled at the peak of freshness and because of that it is also the healthiest.  It also contains the highest concentration of polyphenols - which are substances found in plants that have been found to reduce heart disease, lower high blood pressure and impair cancer.

But what about the taste?  There is truly NOTHING else quite like it.  Unlike other types of oil like corn or canola, olive oil is simply just the actual juice of the olive, and directly from the press it tastes surprisingly un-oily and is similar in mouthfeel to a juice.  It is strong, intense and bursting with freshness.  The flavors have a strong and fruity profile, tasting of artichoke, fresh grass and have a pleasantly long peppery finish.

We express air ship the Nuovo EVOO directly from Italy to the United States within days of pressing so that you can enjoy the explosive flavor before it fades away.  Because it still has the fresh particles of olive suspended in the oil, Nuovo EVOO is best enjoyed within a few months of pressing.  This seasonal product is only available now during the olive harvest and is not available during the rest of the year.

Get Recipes, news on new products and information about our olive harvest in your inbox

Sign Up for exclusive updates, new arrivals
and insider-only discounts